We want to hear it!

Whether you need more information on our work, want us to reach out to your community or make a difference to a child, this is the place to let your voice be heard. 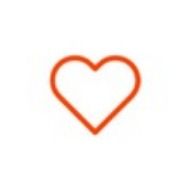 The smallest of your donations might change a life!